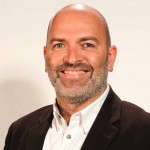 Dr Adam Simpson was Founding Co-Convenor of the APSA Environmental Politics and Policy Group (2011-16) and was previously President (2008-11) and Secretary (2005-8) of the Ecopolitics Association of Australasia.

He is Director of the Centre for Peace and Security in the Hawke Research Institute at the University of South Australiawhere he is also Senior Lecturer in International Studies. He is a member of the UniSA Human Rights and Security Research Cluster Leadership Committee and an Associate at the Indo-Pacific Governance Research Centre (IPGRC) at the University of Adelaide where he was previously Associate Lecturer.

Prior to academia he worked as an analyst for several US and British investment banks in the City of London. His research is mostly located in Thailand and Myanmar (Burma) and focuses on energy and environmental security, human rights, the role of the Asian Development Bank in the South and green politics under authoritarian regimes. He has published in journals such as Pacific Review, Third World Quarterly and Environmental Politics. He is the author of Energy, Governance and Security in Thailand and Myanmar (Burma): A Critical Approach to Environmental Politics in the South (Routledge 2014 & NIAS Press 2017) and lead editor of the Routledge Handbook of Contemporary Myanmar (2018).